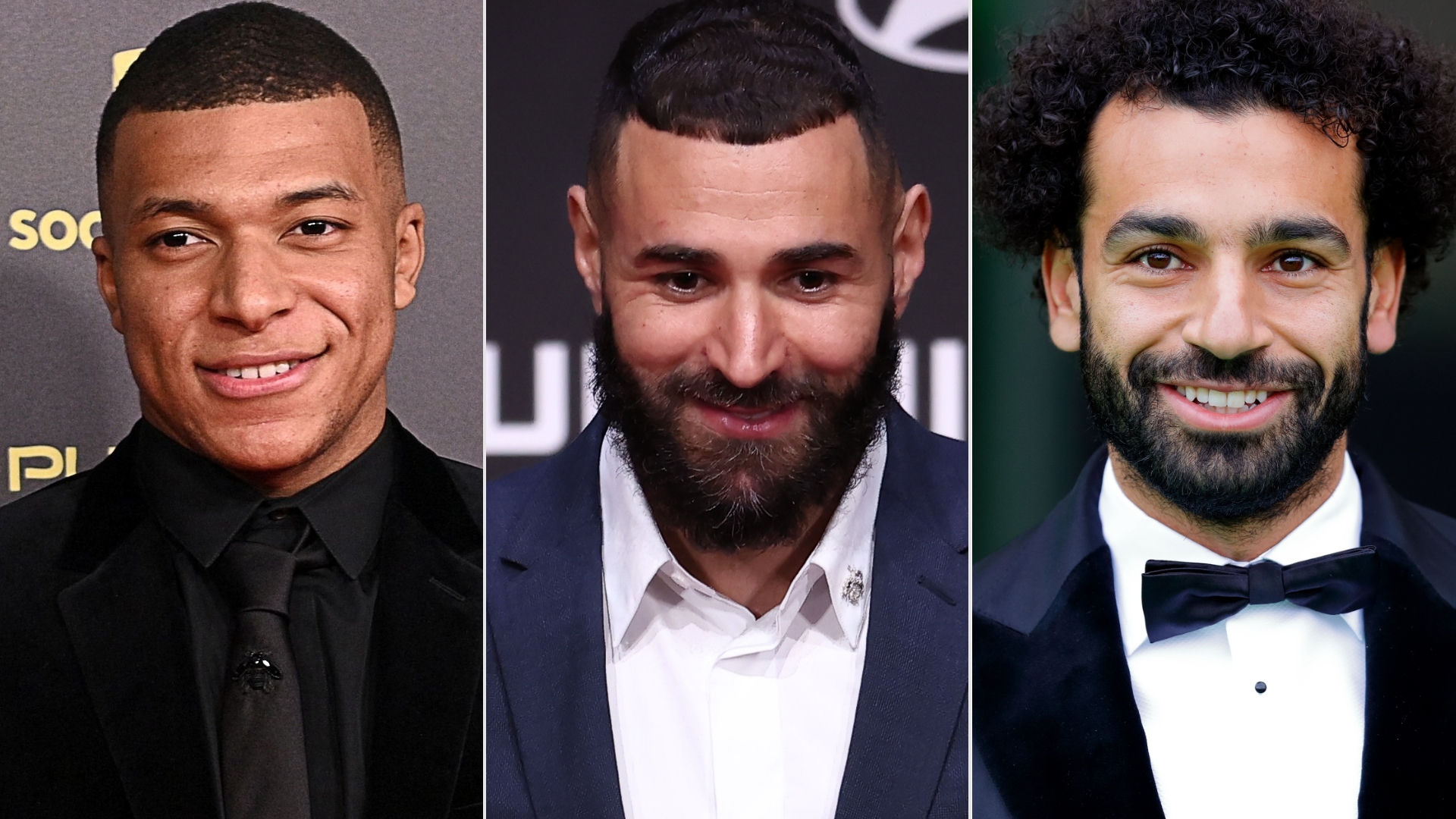 For months it’s been considered a foregone conclusion that Real Madrid and France forward Karim Benzema will be honored with his first career Ballon d’Or (Golden Ball) as the best player in the world. Benzema was the top scorer in Spain’s La Liga and the UEFA Champions League in the 2021/22 season, as Real Madrid won both competitions.

But last year everyone also felt that Robert Lewandowski had an airtight case for the Ballon d’Or and he controversially finished in second place, behind Lionel Messi for the award.

That led to changes in the award voting process beginning in 2022, and the changes should reduce the possibility of a surprise when a player’s credentials stand out above the rest like Benzema’s do.

A total of 12 of the last 13 winners have been named Lionel Messi or Cristiano Ronaldo — Croatian midfielder Luka Modric interrupted the hegemony in 2018 — but Messi did not make the cut for the finalists, though Ronaldo did. Messi has won it a record seven times, while Ronaldo has claimed five.

MORE: The final rankings for the 2021 Ballon d’Or awards

What are the Ballon d’Or awards?

There are a total of seven awards that will be handed out on Monday. The Gerd Muller Trophy and Club of the Year were awarded for the first time in 2021.

Here are the 10 players that are left to be ranked: Benzema, Courtois, De Bruyne, Haaland, Lewandowski, Mane, Mbappe, Modric, Salah, and Vinicius Jr.

What time is Ballon d’Or ceremony

The formal ceremony for the 66th edition of the Ballon d’Or will kick off at 8:30 p.m. local time (14:30 ET / 19:30 BST) at the Théâtre du Châtelet in Paris, France. But the red carpet coverage will kick off roughly 30 minutes before.

Award organizers France Football will begin unveiling the men’s Ballon d’Or rankings four hours before beginning at 4:30 p.m. Paris time, as a way of building up the buzz for the event. They will leave the top 10 reveal for the formal ceremony.

Only a few select countries, including Australia (SBS) and the USA (Paramount+), will have a local broadcaster carrying the show. The rest of the world can tune in to the live stream provided by France Football via the channels of French sister publication L’Equipe.

Outside of those countries with a dedicated broadcaster, the rest can tune in via the YouTube channel and web site of France Football’s sister publication L’Equipe.

Ladies and gentlemen, our hosts of the night @SandyHeribert and @didierdrogba ?#ballondor pic.twitter.com/XhIsx60GW2

Even if you don’t speak French, you’ll appreciate the behind-the-scenes look with the two hosts.

Christopher Nkunku is here in a city he knows very well! #ballondor pic.twitter.com/DUREtXnrOc

1:30 p.m.: No one will complain about watching a Karim Benzema hype video. It’s his day after all.

? @trinity_rodman : « I can’t believe i was nominated for the Ballon d’Or »#ballondor pic.twitter.com/1yWT8yj0tP

12:28 p.m.: How about Rafael Leao (No. 14) ranked ahead of his Portuguese teammate Cristiano Ronaldo (No. 20). The team achievements may have influenced this ranking since Leao’s AC Milan won the Italian title.

The other eyebrow-raiser in this latest batch is Riyad Mahrez (No. 12) ranked way ahead of teammate Bernardo Silva (No. 12), who was so good (and important) for City last season. But production matters, and Mahrez found a way to rack up 24 goals and 9 assists in 2021/22, while Silva had 13 goals / 7 assists.

Equally ranked at the 14th place for the 2022 Ballon d’Or! @RafaeLeao7@acmilan#ballondor pic.twitter.com/p4T8zo956u

11:52 a.m.: Cristiano Ronaldo at No. 20 is a bit of a surprise. He had a solid goal-scoring season, but according to the new criteria the fact that his team didn’t win anything may have hurt his chances to rank higher.

Ranked at the 20th place for the 2022 Ballon d’Or! @Cristiano@ManUtd#ballondor pic.twitter.com/omidUm8DQO

11:34 a.m.: Another five players and a handful of Englishmen on the list including Harry Kane, Phil Foden, and Trent Alexander-Arnold.

Ranked at the 21st place for the 2022 Ballon d’Or! @HKane@SpursOfficial#ballondor pic.twitter.com/kkwe90Y1vd

11:10 a.m.: They’ve dropped the first six names — these all tied for last place. And if the Liverpool vs. Man City this weekend wasn’t enough to show you the talented Darwin Nunez needs plenty more work, this ranking makes it clear.

Mike Maignan and Christopher Nkunku being part of the bottom six is a bit of a surprise given their respective seasons (and that of their clubs). But the competition is fierce when you’re among the top 30 players in the world.

11:00 a.m.: Interesting how serendipitous the last few months have been for Frenchman Karim Benzema. Winning the Champions League in Paris, and coming back to the city for the Ballon d’Or and potentially having Zinedine Zidane — France’s last Ballon d’Or winner in 1998 — hand it to him.

?? 5 months ago, Karim Benzema lifted his 5th Champions League at Stade de France with the captain’s armband of Real Madrid.

Tonight, he will be crowned Ballon d’Or winner in Paris and will become the 1st Frenchman to win this trophy since Zinedine Zidane in 1998. #BallondOr pic.twitter.com/e5gac0oJfG

10:56 a.m.: Still no update on ranking reveal. But TopMercato.com is reporting that Karim Benzema is due an automatic one-year contract extension if he were to win the Ballon d’Or. Apparently the same happened with Luka Modric in 2018.

9:16 a.m.: More potential winners traveling to Paris? Beth Mead is a possible winner of the women’s Ballon d’Or, while Bukayo Saka is a contender for the Kopa trophy as best Under-21 player.

8:37 a.m.: Hope they left space in that plane for the trophies that are likely coming home. Karim Benzema is the popular pick to claim the Ballon d’Or, while Thibaut Courtois should win the Yashin trophy as best goalkeeper.

ESPN’s Gustavo Hofman says Vinicius Jr was also set to travel at one point, but Real Madrid “opted not to release more players outside of the winners.”

Who will win Ballon d’Or?

The following odds come courtesy of Canada-based Sports Interaction, who hung the following numbers in the lead-up to the event. It’s nonetheless interesting to see the names of the three players who have the next best odds behind Benzema.

MORE: Which Real Madrid players have won the Ballon d’Or?

How does voting for Ballon d’Or work?

Voting for the Ballon d’Or was revamped following the controversial victory by Lionel Messi over Robert Lewandowski in the 2021 edition.

The goal of award organizers France Football was to present more clearly defined voting criteria and make voting more selective in order that the final award does not turn into a popularity contest.

How finalists are determined

Awards organizers France Football generated the list of candidates for each award from three sources:

There were a handful of changes to the voting process introduced for 2022.

Media voters are now limited to a single media member from the top 100 countries in the FIFA rankings for men, and the top 50 nations from women’s rankings. The belief is that this will ensure a more knowledgeable voter base given the importance of football in the country and the likelihood matches from around the world are available.

Voting criteria were updated to eliminate consideration for overall career performance and instead focus on three main factors:

While Karim Benzema is the favorite as La Liga and Champions League winner and top scorer, the likes of Kylian Mbappe, Mohamed Salah, Sadio Mane, and Kevin De Bruyne, are among those believed to have an outside shot, according to the betting odds.

The nominees include last year’s winner Alexia Putellas, EA FIFA 23 cover star Sam Kerr, three American national team players, and three members of England’s Euro 2022 winning side. However, Putellas missed the Euros and her Barcelona side lost the Champions League final, which could count against her.

This is the award for best young player (Under-21), and half the nominees play in the Bundesliga. Barcelona’s Pedri did not have enough appearances to make the final cut, per France Football

This is the award for top men’s goalkeeper. Real Madrid’s Thibaut Courtois, AC Milan’s Mike Maignan, and Eintracht Frankfurt’s Kevin Trapp are the favorites. Courtois was Man of the Match in the Champions League final, Maignan led his team to the Serie A title, and Trapp helped his club to the Europa League trophy.