HomeBusinessBiden to cancel $10,000 of student debt for millions of Americans
Business

Biden to cancel $10,000 of student debt for millions of Americans Joe Biden’s administration will cancel $10,000 in student loan repayments for millions of Americans in a move that has pleased progressives but threatens to push up inflation.

The US president will announce the move on Wednesday, according to senior administration officials, after months of deliberations over the exact structure of the debt forgiveness scheme.

Biden paused most student debt repayments during the coronavirus pandemic but has been under pressure from many on the left of his party to cancel a large chunk, if not all of it, outright. However, some economists have warned that doing so could add further fuel to the country’s already high inflation rates.

The plan to be announced on Wednesday includes cancelling $10,000 of repayments for anyone earning less than $125,000. Those in receipt of Pell Grants, which are given to those in particular financial need, will qualify for $20,000 worth of forgiveness.

A moratorium on all payments, which has been in place during the pandemic, will be extended until the end of the year, and borrowers will not have to repay more than 5 per cent of their income each month.

Biden wrote on Twitter: “In keeping with my campaign promise, my administration is announcing a plan to give working and middle-class families breathing room as they prepare to resume federal student loan payments in January 2023.”

A senior administration official added: “A post-high school education should be a ticket to a middle-class life, but for too many the cost of borrowing for college is a life-long burden that deprives them of that opportunity.”

US consumers hold about $1.6tn in outstanding student debt and it can take many decades, especially in minority communities, to complete their repayments.

Many on the left of the party wanted the president to go further. Elizabeth Warren, the Democratic senator from Massachusetts, has called for years for student debt forgiveness and promised during her failed presidential bid in 2020 to cancel $50,000 for 95 per cent of borrowers.

Warren welcomed Wednesday’s announcement, however, saying in a statement: “Millions of working people will have a chance to build a more secure economic future because of President Biden’s decision to cancel student debt.”

Shares in the fintech lender SoFi rallied 8 per cent to $6.58 following the news, indicating investor relief that the plan was smaller in scale than feared. Student loan refinancing accounted for roughly 60 per cent of the bank’s loan book before the pandemic, and its stock is down 58 per cent so far this year.

But Marc Goldwein, the senior policy director at the Committee for a Responsible Federal Budget, a hawkish think-tank, has calculated that debt cancellation would almost completely eliminate the deflationary impact of the recently passed Inflation Reduction Act. 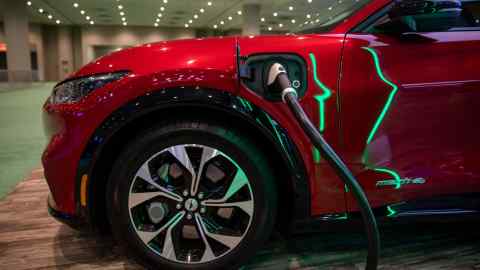 The administration believes that the inflationary impact will be minimal because while many will have part of their debt cancelled, they will also have to restart payments on the remainder for the first time since the pandemic.

One senior official said: “There are certain conditions and assumptions under which [this move] could well be neutral or deflationary.”

Paul Meeks reveals his ‘must own’ semiconductor firms

Why Glucose Restrictions Are Essential in Treating Cancer