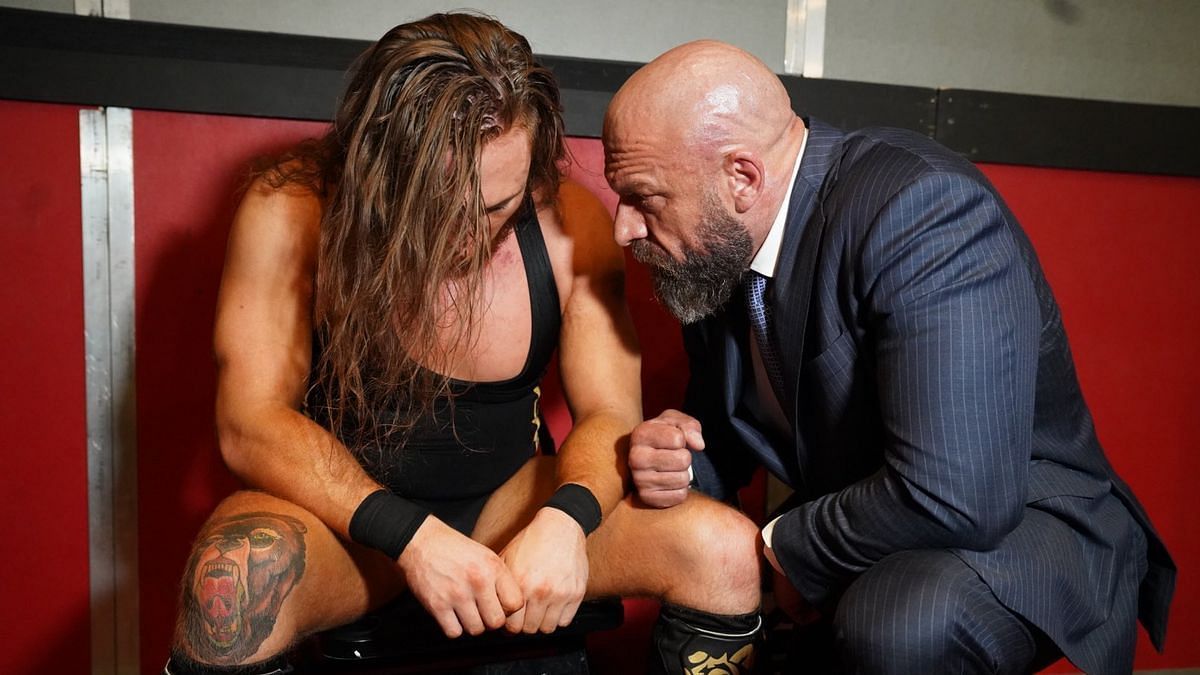 Butch has reflected on meeting Triple H after the WWE Legend announced his retirement from in-ring competition due to health issues this year.

The SmackDown star worked under The Game during his time in NXT and NXT UK as Pete Dunne. He’s the second person to hold the latter’s primary championship, and he’s also a former tag team champion during the brand’s black-and-gold era.

During a recent interview with Metro, Butch stated that he was emotional with Triple H during WrestleMania 38 weekend, but it was great to see him okay and healthy.

“For me, real life takes over. The moments in front of the crowd, I’m happy he got to have that, but it was just nice to have direct conversation with him one to one, and just make sure that everything’s good and see that he’s okay and looks healthy. In those moments, wrestling is the last thing on my mind. It’s just great to see him so healthy and back to work in some respect, however he wants to be involved. Seeing him in that setting – obviously it’s emotional.”

The Cerebral Assassin is one of the biggest stars in the history of pro wrestling. He has held multiple championships and faced numerous legends. After he confirmed his in-ring retirement, many people came out to thank him and wish him the best.

In an interview last month, Kevin Owens said The Game had an emotional meeting with WWE stars after his announcement.

“Triple H, we hadn’t seen him in so long. We had a talent meeting. He came back after not seeing everybody for a long time and he spoke about everything that he’s been through. The message he had was, ‘Take the time to enjoy this.’ Man, that really resonated, but I’d already tried to frame myself that way for the last little while. It really changes everything, once you change your perspective on things,” said Owens.

The King of Kings made a surprise appearance at WrestleMania 38 where he interacted with the fans and left his wrestling boots in the ring. He’ll go down as one of the best to ever step foot in the squared circle.

Tips for Dealing With Neutropenia

The Rise of Dan Garner