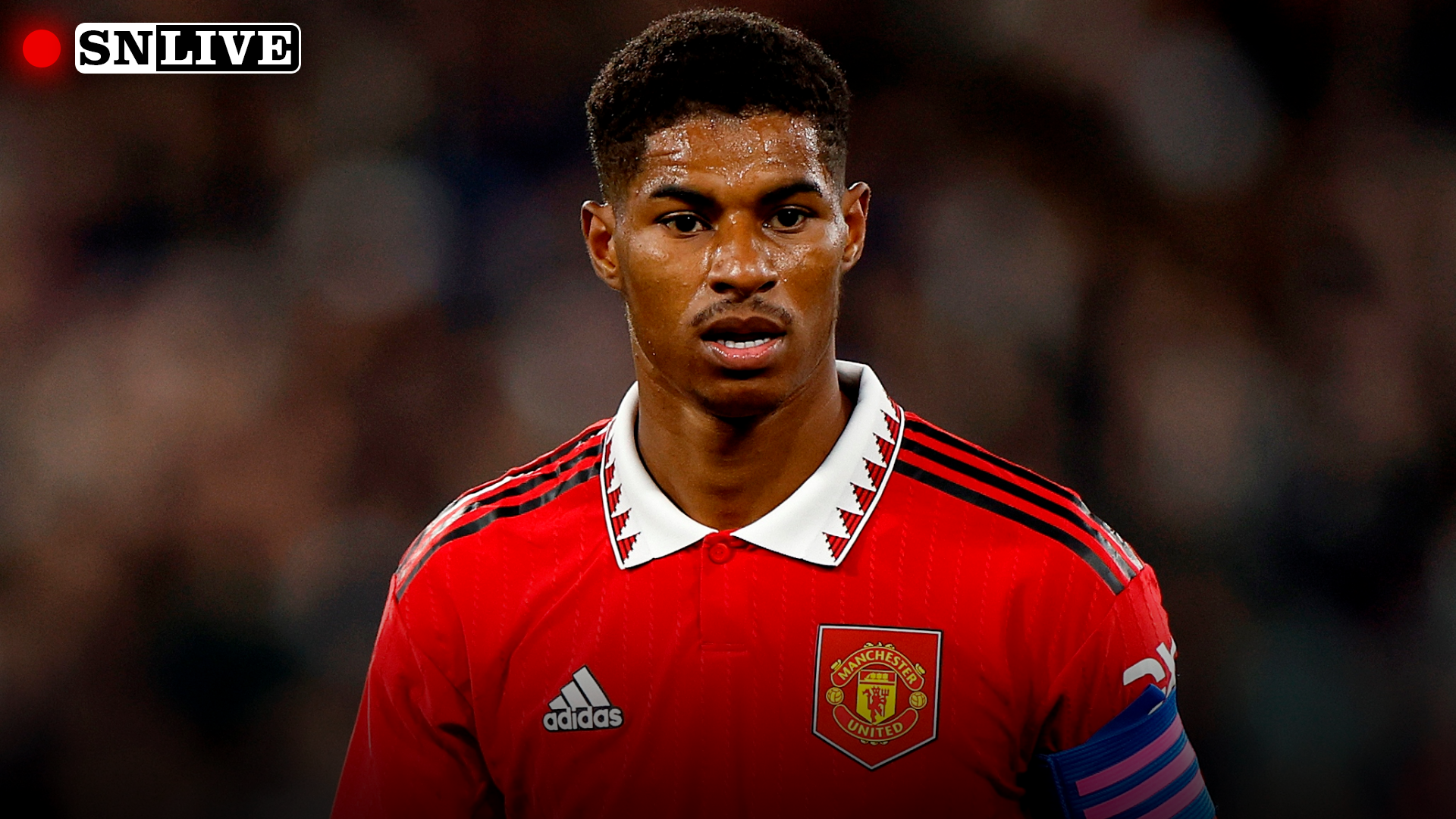 Manchester United head to Chelsea knowing a win at Stamford Bridge this evening will see them leapfrog the Blues into the Champions League spots.

The Red Devils, who sit fifth and one point behind Chelsea, put in one of their most impressive displays under Erik ten Hag in a 2-0 win over Tottenham last time out and the Dutchman will be hoping his side can build on that performance.

Graham Potter’s side are unbeaten in seven matches though and have kept clean sheets in each of their past five Premier League games.

The Sporting News is following the Chelsea vs. Manchester United match and providing live score updates and commentary.

71st min: Sterling goes down in the box but referee Stuart Attwell waves play on.

67th min: Lacking a bit of intensity from both sides right now, neither team properly going for it. The home crowd are demanding more from their players.

62nd min: Poor from Fred. He picks up the ball on the left side of the box but can’t work out if it’s a cross or a shot as he goes across the box and out of play. Shaw wasn’t too impressed with it either.

57th min: A ball is played into Sterling at the back post but he can’t connect with the ball properly and fluffs his lines. He’s not scored against United in 23 matches. In the build up, Varane looks to have stretched a bit too far when trying to stop Aubameyang and he looks to be coming off. Victor Lindelof is warming up. The Frenchman depart in tears, let’s hope it’s not serious enough that he keeps him out of the World Cup.

52nd min: Ten Hag makes his first substitution with Fred coming on to replace Sancho. A frustrating evening for the England winger.

Not a strong display.

48th min: Ruben Loftus-Cheek, who has been very quiet so far, has a shot from distance but it/s deflected over for a corner. The corner leads to nothing.

We’re underway! No changes at the break from either manager.

45th min: Antony makes a mess of a big chance down the other end. He hits a low effort from the right side of the box but it goes wide of the right post.

43rd min: Chelsea break at pace and Sterling plays in Aubameyang but Diogo Dalot slides in to put the Gabon international off and the ball goes beyond both of them. The home side are finishing the half the stronger side now.

41st min: Chilwell plays a lofted ball into the box but Aubameyang attempts to bring it down with his foot instead of going for the header first time and makes a mess of it.

39th min: Kovacic gets things ticking immediately and drives the ball forward. After a deflection the ball falls to Aubameyang but his shot is weak and just drifts wide.

35th min: Cucurella is off for Mateo Kovacic. Seems a tactical decision from Potter who now looks to have switched to a back four. Potter clearly not impressed with what he’s seen so far.

In Marc Cucurella’s last three starts, he has been substituted after 45, 61 and 35 minutes.

34th min: Rashford runs at Silva but instead of beating him for pace in the box he takes the shot early and it’s well saved by Kepa. Moments later Sancho gets a shot away from the left side and it’s well held by Kepa. United knocking on the door.

32nd min: Antony gets a yellow card for a late challenge on Jorginho.

28th min: Chance for United! Rashford is played through into the box but before he has time to get his shot away, Kepa is out to him and forces the save with his thigh.

26th min: A lapse in concentration from Kepa sees him give away a corner but luckily for him United fail to take advantage and Chelsea clear their lines.

23rd min: Antony wins a free-kick off Mason Mount in a dangerous position. Marcus Rashford and Christian Eriksen line up to take it but the former drills it straight at the wall.

19th min: United are enjoying possession with some pockets of space opening up in the final third courtesy of Bruno Fernandes moving about and looking for that killer pass but they can’t quite make it into the real danger areas just yet.

15th min: At the other end, Raphael Varane makes a crucial block to cut out a cross into the box where Aubameyang was waiting to tap home from six yards.

13th min: Kepa makes the first save of the match. Antony finds some space just outside the box and curls a shot but the Spaniard does well to get down to his right and make the save.

10th min: Luke Shaw isn’t closed down on the left flank and as he gets closer to the box he drills a low shot from range but it’s dragged wide of the far post.

8th min: Pierre-Emerick Aubameyang gets into space down the left wing, he doesn’t have much on in the box but crosses anyway and it’s well overhit and goes out for a throw-in.

7th min: Antony has three goals in five Premier League outings so far since joining United but he’ll have his work cut out getting past Ben Chilwell and Marc Cucurella tonight. The former cuts off the Brazilian this time.

3rd min: A few sloppy passes from United so far with Chelsea putting them under pressure. The home crowd at Stamford Bridge are certainly up for it.

3 mins from kickoff: Here come the players! Minutes away from the action.

10 mins from kickoff: Potter has once again decided to stick with Kepa Arrizabalaga in goal again… and who can blame him? Edouard Mendy has only watched on from the bench with the Spaniard keeping five consecutive clean sheets. Will United’s attack put an end to that this evening?

20 mins from kickoff: Plenty of talk about Ronaldo’s omission still dominates the headlines and indeed Ten Hag’s pre-match questions. However, spare a thought for Fred who put in a brilliant display and bagged a goal last time out, only to be dropped for the returning Eriksen.

“For the outside world [Ronaldo has overshadowed Spurs win] but not for us. Our focus is totally on this game, the players are prepared and will work to get a result,” says Ten Hag.

“We’re happy, the squad is happy with how we played. Of course, it’s an issue with Cris because he’s an important member of the dressing room, but they’re professional and you can see their joy in training.

“Obviously, Fred and Eriksen are different players but it’s the same position. Christian may have been our best player in the opening games of the season.”

30 mins from kickoff: In the 3pm kickoff this afternoon, Manchester City stormed to a 3-1 win over Brighton as Erling Haaland bagged another two goals. It puts them into second place, one point behind leaders Arsenal.

United currently sit fifth on 19 points with Chelsea one place and one point above them.

40 mins from kickoff: If you’re looking for a betting tip today… consider this fact.

No Premier League fixture has produced more draws than the 25 between Chelsea and Manchester United.

But with both sides in fine form, Chelsea are unbeaten in seven and United won three of their last four Premier League away games, we’re hoping this is anything but a dull 0-0 affair.

60 mins from kickoff: The teams are in!

Four changes for the Blues from the midweek 0-0 draw against Brentford.

Christian Eriksen coming in for Fred is the only change from United’s side that beat Tottenham.

?⚔️? Introducing your 1️⃣1️⃣ Reds to take on Chelsea…#MUFC || #CHEMUN

90 mins from kickoff: Well, the big talking point from today is already about one player who won’t even feature – Cristiano Ronaldo. Ten Hag has opted not to include him in his squad for today’s match after the Portuguese refused to come on as a late substitute in the 2-0 win over Tottenham last time out. Ten Hag and Ronaldo have both had their say on the incident. Find out exactly what was said here.

120 mins from kickoff: Hello and welcome to The Sporting News’ live coverage of Chelsea versus Manchester United.

The last time that Man United hit the road to face Chelsea, Jorginho committed this error to allow Jadon Sancho to score. But the Italian international then made up for it by converting a penalty in a 1-1 draw.

The calmest of finishes from @Sanchooo10 last time we faced Chelsea on the road ?@TeamViewer ↔️ #BringingYouCloser

What time is Chelsea vs. Manchester United?

Chelsea play host to Manchester United at Stamford Bridge in London England. It kicks off at 5.30 p.m. BST on Saturday, October 22.

UK: The match will be broadcast on both Sky Sports Main Event and Sky Sports Premier League channels. The game can be streamed via the Sky Go app.

USA: The match will be shown on NBC (English) and Universo (Spanish) with both channels streaming on fuboTV. NBC streaming platform Peacock will also carry the stream for subscribers.

Australia: Fans in Australia can stream matches live and on demand on Optus Sport.

How Steve Nash, Amar’e Stoudemire, and the mid-2000s Suns ruined it all

A new day for Giants’ Daniel Jones could be short-lived

An eBay Bid For Nicki Minaj’s Alleged Fake NAIL Closed At Over $55,000