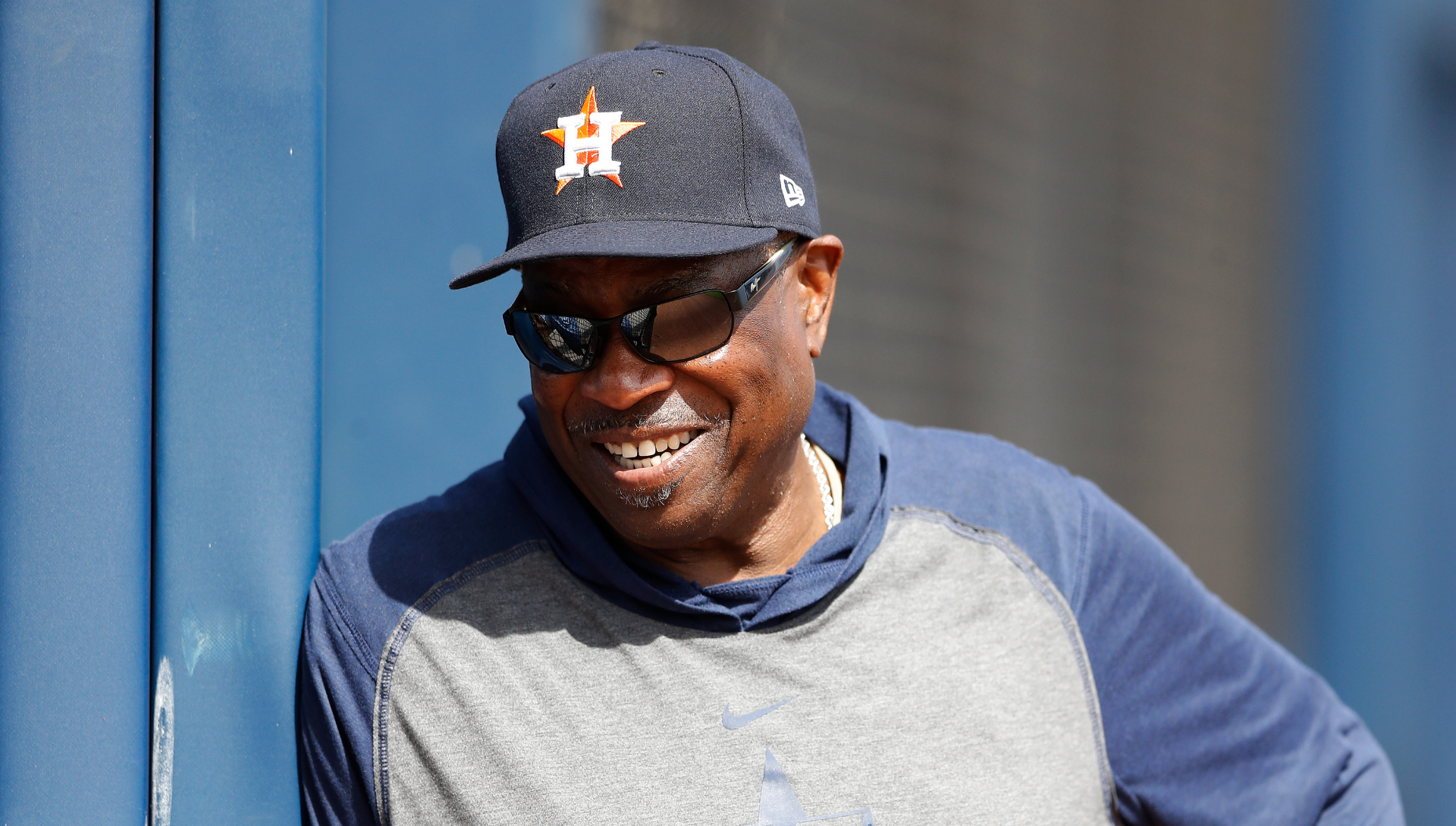 PHILADELPHIA — Dusty Baker pushed through the door leading to the visitor’s clubhouse deep inside Citizens Bank Park with a conqueror’s swagger and a look of joyous satisfaction on his face. He’d finished the last of his media obligations after his Astros won a thrilling Game 5 of the 2022 World Series, 3-2, and he’d unbuttoned his bright orange Astros jersey as he walked down the corridor.

Inside the door, he greeted everyone in his path, even reporters he didn’t know, with either a grin and “How ya doing? Alright, alright” or a fist bump as he walked toward his managers office. He was a king going to his castle for a moment of quiet after a triumphant day.

FOSTER: Storybook Phillies turn into a pumpkin at the worst time

Dusty Baker, baseball lifer, is one win away from checking off about the only box that remains unchecked in his epic career. He made his big-league debut as a player a couple months after his 19th birthday in 1968, as a teammate of Hank Aaron. He’s 73 now, and in his 25th year as a big-league manager, with 2,093 career regular-season victories, 12 trips to the postseason and three trips to the World Series.

As you know, though, he has yet to win that championship ring as a manager. He did, of course, win one as a player, with the 1981 Dodgers.

Maybe that shouldn’t matter. In fact, it shouldn’t. His impact on the game as a manager— on the lives of the players and coaches in the game — is unquestioned. But he was asked before Thursday’s game about legacy for players in the game, and how it’s tied to success in the World Series, specifically Justin Verlander and Clayton Kershaw.

His answer was telling.

“Well, it matters. That’s what people remember,” he said. “I mean, that’s — I got 2,000 wins and all they talk about is I haven’t won the World Series yet. You know? So what’s the difference? You know what I mean? So, yeah, it matters. It matters to people. It matters to us.”

The most important part of that answer was the last part: “It matters to us.”

Baker’s one win away from that elusive title. It’s not the first time he’s been here. His 2002 Giants team held a 3-2 lead in the World Series, and a 5-0 lead in the seventh inning of Game 6, before everything fell apart. That year, his Giants had to play the last two games on the road.

This year, his Astros get to play the final two games — Game 7 only if necessary — in the comfort of their home ballpark.

Two chances for Baker to win his first title. His players are excited to make it happen.

“Dusty Baker is a legend in this game,” said rookie Jeremy Pena, who hit the go-ahead home run in the fourth inning Thursday. “He’s been great to me since the first day we met. He took me in spring training, gave me great advice. He brings the best out of his players. He gives you all the confidence in the world and you can’t expect more from a manager.”

Houston’s Game 5 win was certainly a team effort. Verlander, making the ninth start of his career in the World Series, finally picked up his first individual win. He gave up a leadoff home run to Kyle Schwarber and pitched into and out of trouble all game, but finished five innings having allowed just that single run.

“It is just is so symbolic for me that my first win in the World Series is just such a great team win,” Verlander said. “There’s so many people that go into all these wins in my career, countless individuals that I’ve played with that have made great plays in certain situations that get overlooked. To have it happen on the biggest stage tonight was pretty special.”

Four relievers held the Phillies scoreless, including closer Ryan Pressly working for the second day in a row, with a five-out save. Chas McCormick, who grew up outside Philadelphia, made an incredible potentially game-saving catch with one out in the ninth inning. Trey Mancini, who has struggled mightily at the plate, made a huge stop of a scorched line drive by Kyle Schwarber with two outs and a runner on third in the eighth inning.

It’s also symbolic, if you want to look at it like this, that Verlander’s first career World Series win is the one that moved Baker one win away from his first World Series title as a manager.

Game 6, the Astros’ first shot at wrapping up the title, in Saturday in Houston.

“I have no idea why, nobody else did”

Regenerative Farming Is More Important Now Than Ever Before

Loneliness Can Be a Real Heartbreaker