HomeBusinessFed to stick to 75 bps hike in July; 40% chance of...
Business 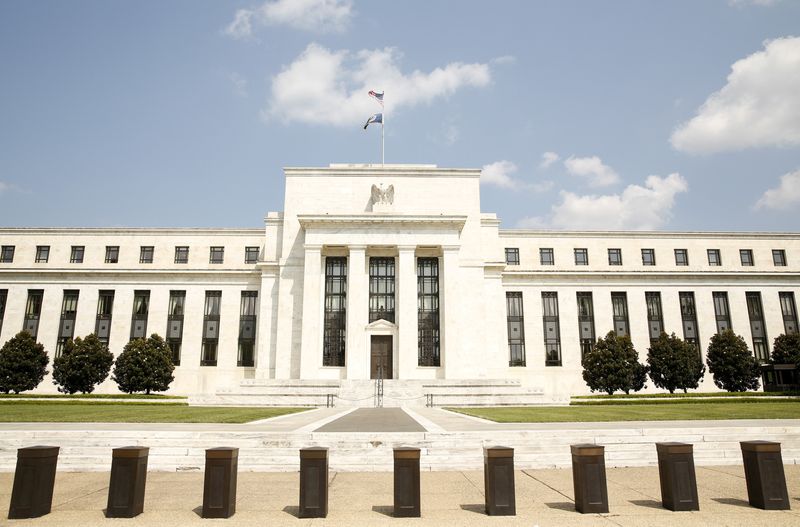 BENGALURU (Reuters) – The U.S. Federal Reserve will opt for another 75 basis point rate hike rather than a larger move at its meeting next week to quell stubbornly-high inflation as the likelihood of a recession over the next year rises to 40%, a Reuters poll of economists found.

Inflation hit 9.1% in June, another four-decade high, stoking expectations the Fed, having only just shifted gears from 50 to 75 basis points at the last meeting, would act even more forcefully and go for a 100 basis point hike.

But some of the more hawkish Fed officials in public remarks have favored a 75 basis point hike, tempering those expectations in recent days. Last month’s 75 bps hike was the first of that size since 1994.

Fed funds futures are pricing only around a one-in-five chance of a full percentage point hike, putting those expectations largely in line with the poll results.

But what is already the most aggressive rate hike path in decades brings with it heightened recession worries.

Median predictions from the latest poll showed a 40% probability of a U.S. recession over the coming year, with a 50% chance of one happening within two years. That was a significant upgrade from 25% and 40% in a June poll.

“There seems to be an inflation tax on the consumer and that continues to build up and take its toll and eventually pushes the economy into a mild recession,” said Aditya Bhave, senior U.S. economist at Bank of America (NYSE:) Securities.

Over 90% — or 47 of 51 respondents — said any potential recession would either be mild or very mild. Only four said it would be severe.

Meanwhile, a slowdown in growth, and hopefully with it, inflation, was likely to force the Fed to cut back on the size of rate hikes at future meetings, the poll found.

A strong majority expects the Fed to slow to 50 basis points in September and then raise by only 25 basis points at the November and December meetings. Those views remained largely unchanged from the last poll.

Still, price pressures were expected to remain elevated and above the Fed’s 2% target rate over the coming years. Inflation as measured by the Consumer Price Index was forecast to average 8.0%, 3.7% and 2.5% in 2022, 2023 and 2024 respectively.

The jobless rate was forecast to average 3.7% this year before picking up to 4.0% in 2023 and 4.1% in 2024. That is still low by historical comparison and far from the highs seen near the start of the pandemic-induced recession in 2020.

Economic growth forecasts, meanwhile, were downgraded across the board. After a surprise contraction in Q1 2022, growth for Q2 was penciled in at only a seasonally-adjusted annualized rate of 0.7%, down from the 3.0% predicted last month. Over one in five predicted another contraction.

GDP growth was slashed to 2.0% for this year from 2.6% forecast last month, and nearly halved to 1.2% for 2023 when the full effect of the Fed’s rate hikes sets into the economy.

(For other stories from the Reuters global economic poll:)

How Masks Make You Sick Instead of Protecting You