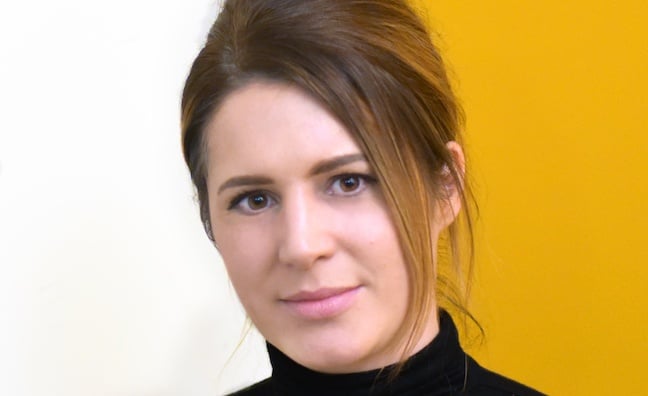 Gemma Reilly-Hammond has been named Managing Director at Quietus Management in London, in a move that the company says will “scale up its activities.”

Reilly-Hammond takes on her new role on September 1, 2022.

Ian Grenfell, Quietus Management, said: “The role of artist managers is ever-expanding and post-Covid we are very much in growth mode so this is the right time to bring in some senior resource.

“We know Gemma well from her work with most of the Quietus roster and she is clearly among the best of her generation.

“The role of artist managers is ever-expanding.”

“We have a great young team here which Gemma will complement.

“I have a clear view of how the company can evolve over the next 5/10 years and beyond, Gemma’s personality and skill set makes her the perfect person to help with that goal.”

“I have spent eight fantastic years at BMG and feel fortunate to have played a part in its growth story.”

Gemma Reilly-Hammond, added: “I have spent eight fantastic years at BMG and feel fortunate to have played a part in its growth story.

“I have been lucky to work with some incredible artists during my time here and find the opportunity to have an even more direct relationship with artists very appealing.

“Although sad to say goodbye to a very talented team of people at BMG, I am delighted to be moving over to Quietus.

“Ian has built one of the most resilient and respected management operations in the UK and I look forward to helping him further solidify its success.”

“Gemma is one of the UK’s foremost marketing tacticians.”

Alistair Norbury, President Repertoire & Marketing BMG UK, said: “Gemma is one of the UK’s foremost marketing tacticians and has been an important contributor to the growth of BMG’s UK recordings business.

“Naturally we are sorry to see her go, but we look forward to continuing to work with Ian and Gemma across a number of their artist campaigns.”

BMG announced last month that its UK repertoire operation, covering both records and music publishing, would be moving under the stewardship of Dominique Casimir.

Casimir, who is now on BMG’s Board, is Chief Content Officer (CCO) of the company.

As a result of BMG’s May announcement, Casimir carries direct responsibility for BMG’s repertoire operations across 16 international territories.

That number rises to 17 in June, with the opening of BMG’s new office in Mexico City.