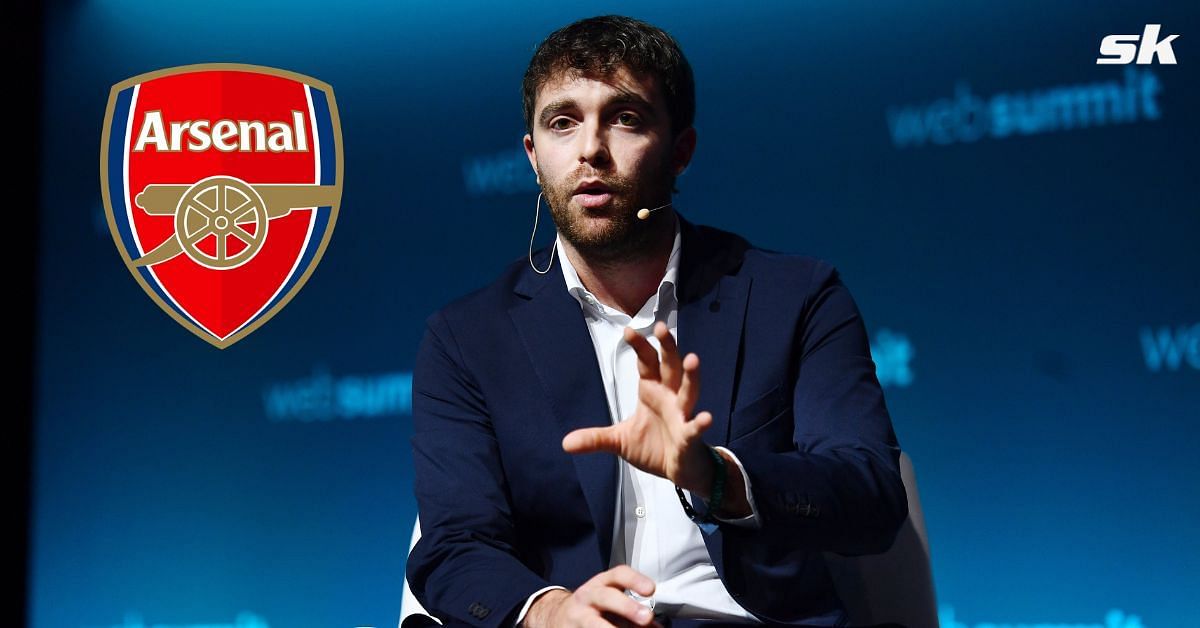 Italian journalist Fabrizio Romano has claimed that Premier League giants Arsenal have had a ‘genuine interest’ in Leeds United winger Raphina since March.

Mikel Arteta’s side finished fifth in the Premier League table last season, narrowly missing out on Champions League football. The club are, therefore, expected to make some statement signings this summer to bolster their squad.

Raphina joined Leeds United from Rennes in the summer of 2020. He enjoyed an impressive debut campaign with the club, scoring six goals and providing nine assists in 30 Premier League appearances.

The 25-year-old continued his good work last season despite an injury, and scored 11 goals in 35 league games. The Brazil international is expected to move to one of Europe’s top clubs this summer.

The Gunners could join the Catalan giants in the race to sign Raphina. However, Romano has suggested Gabriel Jesus and Youri Tielemans are the club’s top transfer targets and are yet to submit a bid or begin talks with Leeds for Raphina.

“Arsenal have genuine interest in Raphina since March, he’s always been appreciated, but there’s still no bid or negotiation with Leeds. Gabriel Jesus & Tielemans, priorities. Leeds wont accept less than €55 million for Raphina, as of now- message sent to Barca days ago,” said Romano on Twitter.

Arsenal are in desperate need of attacking reinforcements this summer. The club failed to sign a replacement for Pierre-Emerick Aubameyang, who left the club by mutual consent during the January transfer window before joining Barca.

French striker Alexandre Lacazette recently announced that he will be leaving the club after the expiration of his contract on June 30. The north London club will therefore be eager to complete a move for Manchester City hitman Gabriel Jesus. The Brazilian’s work-rate, speed, and versatility make him the ideal transfer target for Mikel Arteta.

Youri Tielemans is also believed to be one of the Gunners’ top transfer targets as Mikel Arteta is keen to sign a midfielder, as per Fabrizio Romano. The Belgian’s passing ability, creativity, and work-rate could make him the ideal partner for Thomas Partey in the Arsenal midfield.

Two other clubs are also in the race for Tielemans, he’s gonna leave Leicester this summer.

Arsenal are still interested in Youri Tielemans, plans have not changed. He’s a target for the midfield – but it’s not an imminent deal as negotiations will take some time. 🇧🇪 #AFCTwo other clubs are also in the race for Tielemans, he’s gonna leave Leicester this summer.

Leeds won’t accept less than €55m for Raphinha, as of now – message sent to Barça days ago. twitter.com/eduardohagn/st…

🚨 Arsenal have asked for information of Raphinha. Reports, @FabrizioRomano. https://t.co/MfV1Dnn7B5

Arsenal have genuine interest in Raphinha since March, he’s always been appreciated – but there’s still no bid or negotiation with Leeds. Gabriel Jesus & Tielemans, priorities. ⚪️🔴 #AFCLeeds won’t accept less than €55m for Raphinha, as of now – message sent to Barça days ago. twitter.com/eduardohagn/st…

Raphina could prefer a move to Barcelona over Arsenal

Leeds United winger Raphina is likely to prefer to join a club that will give him the opportunity to play in the Champions League and potentially compete for league titles in the near future.

🚨| 🔴🔵 Barcelona have agreed personal terms and agent fees with Raphina and his camp. ✔️- 🗣 They’re gonna wait till end of the season to start negotiations with Leeds for a fee. – 🇧🇷 Raphinha’s ‘buzzing’ and is ready to join, if agreement can be reached between clubs. https://t.co/DXInclVeZV

Barcelona finished second in La Liga last season despite a disappointing start to the campaign. The Catalan giants are seemingly headed in the right direction under the stewardship of Xavi Hernandez and are keen to make some astute signings this summer to boost their chances of competing for the league title next season.

Arsenal, on the other hand, are still a work in progress under Mikel Arteta. The Premier League side are still a long way away from the likes of Manchester City and Liverpool in terms of quality, and could therefore struggle to compete for the league title in the near future.

The absence of Champions League football is also a drawback for the North London club when it comes to attracting transfer targets.

The Psychology of Totalitarianism