HomeBusinessHow popular are unions? Gallup says the most since 1965
Business 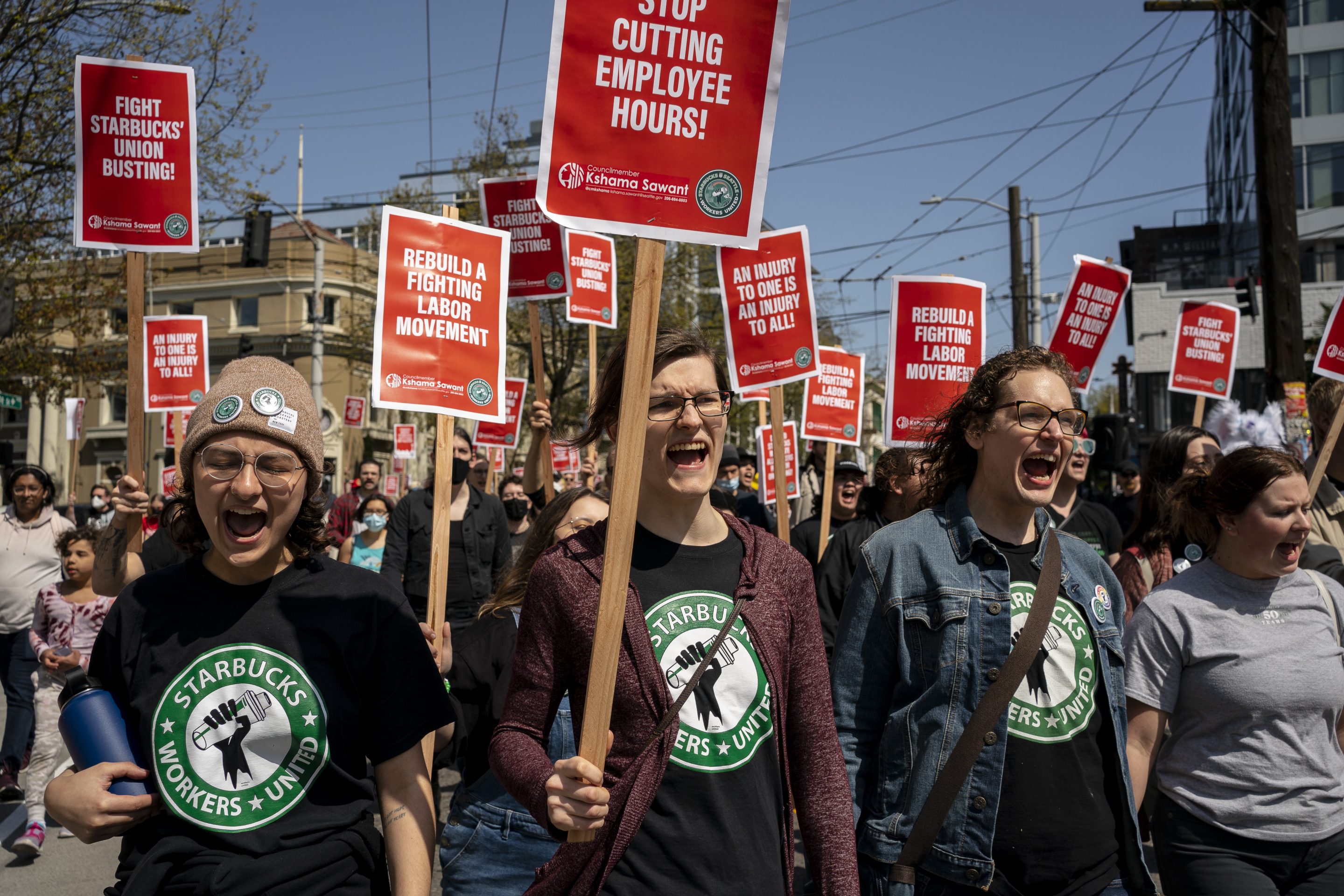 Once upon a time, around the mid-1960s, more than seven in 10 Americans really liked unions, but then the culture and the economy changed.

Labor union approval in the U.S. currently sits at 71%, per Gallup’s most recent Work and Education Survey. The last time union approval was so high was in 1965, before the big change.

Union approval declined over the second half of the 20th century and into the 21st, reaching a historic low of 48% in 2009. While it’s impossible to isolate one factor behind this decline, the loosening of labor laws dating back to the 1930s and development of law firms specialized in union avoidance in the 1970s were surely a factor, along with a bipartisan deregulatory push begun by President Jimmy Carter and entrenched by Ronald Reagan, who famously broke an air-traffic controllers’ union strike in 1981.

But the pandemic shifted millions of Americans to home-office setups or to more unpredictable work, and particularly shifted a huge burden onto service workers at firms such as Amazon and Starbucks, both the subject of huge union organizing activity.

Enter a sea change in Americans’ attitudes on unions.

A tight labor market and a major disruption to work conditions could be returning a sense of agency to workers, who have been quitting and reshuffling in record numbers.

At the same time, a number of high-profile unionization campaigns across the country have emerged over the last year. In December, the first Starbucks store in the U.S. successfully voted to unionize, setting off a wave of organizing that has resulted in over 200 stores following suit.

The National Labor Relations Board recorded a 57% increase in petitions for union elections in the first half of 2022.

Still, union membership as a whole remains at historically low levels. Just sixteen percent of people that Gallup surveyed say they live in a household where at least one person is a union member. That number has fluctuated between 14% and 21% since 2001, according to the firm.

Recent data from the Bureau of Labor Statistics shows that just 10.3% of workers in the U.S. are union members. That number falls to 6.1% for just private sector workers.

The sector with one of the lowest union membership rates is food service, according to the BLS, at 3.1% as of 2021.

Gallup collected other information relating to union approval in its survey. Two in five unionized workers rate their membership as “extremely important,” the highest on a five point scale, according to the survey. An additional 28% rated it as a 4, while 10% said it wasn’t important to them at all

Among the reasons for joining a union, unionized workers rated pay and benefits the highest at 65%, followed by employee rights and representation at 57%, and job security at 42%. Workers reported retirement benefits and improved work conditions as less important reasons, at 34% and 25% respectively.

49ers’ Jimmy Garoppolo back under center after Trey Lance injury