HYBE share price plummets as BTS announce break. But could band’s hiatus actually be good news for the Korean company? 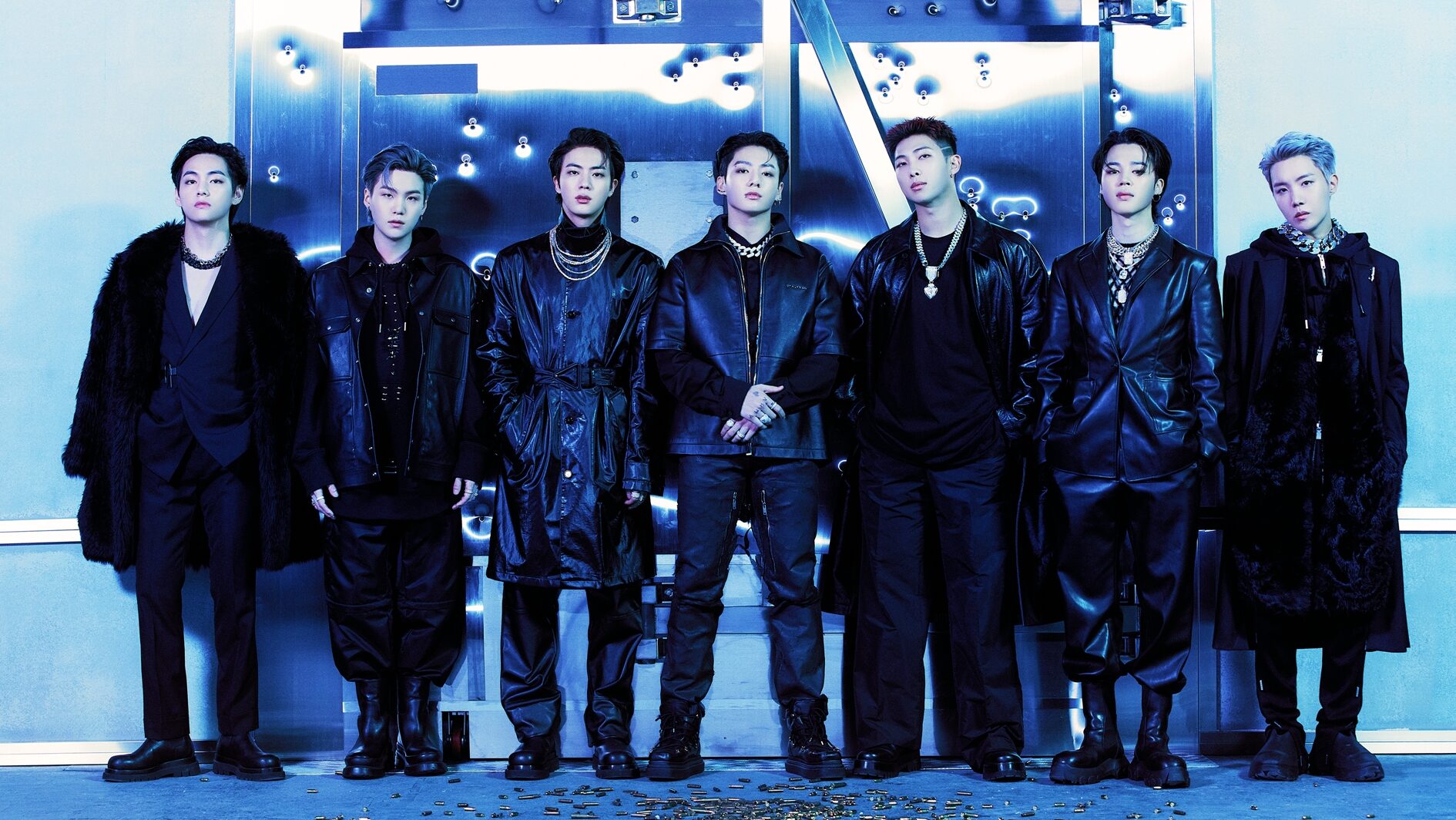 The MBW Review is where we aim our microscope towards some of the music biz’s biggest recent goings-on. This time, we delve into what BTS’s news of a hiatus means for HYBE’s investors. The MBW Review is supported by Instrumental.

BTS shared some shock news this week that spooked investors in HYBE, the publicly-traded K-pop company behind the group.

Yesterday (June 14), the K-Pop superstars published a ‘BTS Dinner Party’ video on their official YouTube channel to their 67.9 million subscribers.

Over dinner, the band discussed challenges they’re facing – and revealed that they would be taking a break to pursue solo projects.

Today (June 15), in an official press release, HYBE-owned label BIGHIT MUSIC confirmed that the group will be focusing on solo projects going forward, but added that they will also remain “active as a group”.

In a statement, BIGHIT said: “BTS now starts a new chapter with new solo projects as well as group projects.

“Members will take this time to achieve personal growth through various new activities, and we expect it to further strengthen the foundation for the group‘s long-run as a team.

BTS member J-Hope is the first of the group to officially kick off his solo career with an upcoming album.

Investors have good reason to be concerned.

As HYBE’s flagship group, BTS are a key revenue driver at the company, although the band’s share of HYBE’s revenues has been lessening in recent years.

(The group was also a key contributor to the company’s 191 billion South Korea Won (approx $147m) revenues generated from concerts in 2019, and has been each year since.)

But according to HYBE’s FY 2021 results, BTS was responsible for nearly a third of the company’s album sales (and AES streams) in the US market last year.

That, of course, was the same year it acquired Scooter Braun’s Ithaca Holdings (in a billion-dollar deal), including SB Projects and Big Machine Label Group.

BTS’s dominance amongst HYBE’s roster of other K-pop artists is also interesting to ponder.

According to HYBE’s investor filings, the firm’s four biggest-selling Korean artists in 2021 were BTS, Seventeen, TXT, and Enhypen.

While the music business continues to speculate about what this news means for HYBE’s share price long term, something shareholders should understand about a BTS hiatus is that it could supercharge the company’s business.

Here’s a few reasons why that could be true…

1. BTS taking a break as a group could mean that HYBE gains seven superstar solo stars…

The Supremes gave us Diana Ross. From The Beatles, came Paul McCartney.

More recently, in the US, Justin Timberlake emerged from boy band NSYNC as a megastar in his own right, proving as much with his recent catalog sale to Hipgnosis, in a deal the Wall Street Journal reported to be worth $100 million.

“In the US, Justin Timberlake emerged from boy band NSYNC as a megastar in his own right.”

Over in the UK, since pop band One Direction disbanded, Harry Styles has also morphed into a global pop phenomenon, breaking the first-week vinyl sales record in the US with his latest LP, Harry’s House.

According to BTS and HYBE, at the root of this week’s announcement is that the band’s members want to pursue solo projects.

What, then, if even two or three individual artists that comprise BTS go on to enjoy solo careers as successful as the likes of Justin Timberlake or Harry Styles?

Each of the seven members already have their own respective Spotify artist profiles with significant monthly listener counts, plus large individual social media profiles after launching their respective Instagram accounts in December.

2. HYBE’s ‘artist indirect’ business line was its main revenue driver for the past two consecutive years…

HYBE’s investors should remember these three words: “Indirect Artist Involvement” – revenue-generating projects that use an artist’s brand/likeness, without the actual artist needing to be involved.

This business line is the main reason why HYBE thrived during the pandemic, becoming the company’s primary revenue driver in 2020 in the absence of live shows during this period.

“This ‘Artist Indirect-Involvement’ business was HYBE’s main revenue driver in every quarter of 2021.”

An example of one of Big Hit’s Artist Indirect businesses is ‘TinyTAN’ – cartoon character versions of the seven BTS members used for licensed products and brand partnerships with the likes of Korean Fabric Softener brand Downy. The Tiny Tan brand has a significant following of its own, with 3.9 million followers on Twitter alone.

3. could Hybe hypothetically release BTS music without their active participation?

This next point is purely speculative. But based on Spotify’s recent acquisition of a company that created an AI audio model based on Val Kilmer’s voice for Top Gun Maverick, it’s not completely out of the realm of possibility.

What if HYBE continued to release BTS music (or at least BTS content), even without the band actively contributing vocals to that music?

Supertone claims that its AI tech can create “a hyper-realistic and expressive voice [not] distinguishable from real humans”.

The company also claims that its Singing Voice Synthesis (SVS) technology can learn songs in a specific style and then mimic what it’s learned, even over new compositions.

“Supertone claims that its AI tech can create ‘a hyper-realistic and expressive voice [not] distinguishable from real humans’.”

You might recall that Supertone made headlines last year for using its SVS technology to “resurrect” the singing voice of South Korean folk superstar Kim Kwang-seok, with the resultant cloned voice debuted on Korean television show Competition of the Century: AI vs Human.

“BTS is really busy these days, and it’d be unfortunate if they can’t participate in content due to lack of time,” Choi Hee-doo said.

“So, if BTS uses our technology when making games or audiobooks or dubbing an animation, for instance, they wouldn’t necessarily have to record [their vocals] in person.”

In other words, Supertone’s voice cloning AI could theoretically be taught to ‘sing’ BTS’s entire catalog, and then replicate each of the individual members’ voices for future recordings.

4. HYBE has been preparing to be less reliant on BTS.

HYBE has been laying down the groundwork for a post-BTS business for some time.

The company’s $1 billion acquisition of Scooter Braun’s Ithaca Holdings last year hints at a diversification strategy beyond a BTS-driven business.

According to HYBE’s FY 2021 results, US album sales for Ithaca artists totalled 12.3 million, with SB Projects and Big Machine Label Group accounting for 7.5 million and 4.8 million respectively (see below).

In addition, BTS’s declining share of global album sales amongst HYBE’s four biggest-selling Korean artists (49% in 2021 versus 70% in 2020) highlights a possible changing tide at the company as its other artists become more popular.

SEVENTEEN, for example, recently scored their highest Billboard 200 debut (No.7) with their fourth studio album Face the Sun (PLEDIS Entertainment/Geffen Records), their first in partnership with Geffen.

HYBE says that SEVENTEEN also became the second artist in K-pop history, after BTS, to rack up over 2 million first-week album sales for the alum (released May 27).

With 2.06 million units sold, HYBE says that Face the Sun also scored the largest first-week sales tally for any album released in Korea in 2022 so far.

The MBW Review is supported by Instrumental, one of the music industry’s leading growth teams for independent artists. Instrumental uses data science to identify the fastest growing independent artists on the planet and then offer funding, premium distribution and marketing support to take them to the next level, without taking their rights.

How Bad Will the Food Shortage Get?