HomeBusiness‘The people are heroic’: Ukrainian fights for her homeland in Congress
Business

‘The people are heroic’: Ukrainian fights for her homeland in Congress When Victoria Spartz became one of the first US members of Congress to visit Ukraine since the start of the war, she was taking her life in her hands.

Spartz wanted to pledge American support for Ukrainians in their war against Russia. But more than that, the Ukrainian-born representative for Indiana’s 5th congressional district wanted to visit her grandparents in the devastated city of Chernihiv.

“Chernihiv actually held [its] ground for months and really saved Kyiv,” she told the Financial Times in an interview outside the chamber of the House of Representatives, having recently returned from her second trip to Ukraine since the war started.

“It’s good for Ukrainian people to see that American people do come,” she added. “Because what’s happening there . . . it’s just horrific.”

In the past few months, the first-term Republican has shot to national prominence. As the first and only Ukrainian-born member of Congress, she has become a regular face on television, calling for more aid to Ukraine and tougher sanctions on the Russian president Vladimir Putin and his allies.

With that profile has also come greater scrutiny of her working practices, however, with several former aides accusing her of bullying, according to a recent article in Politico. Spartz said in a statement: “I work extremely hard at a pace that is not for everyone.”

Born Viktoriya Kulheyko in Chernihiv when Ukraine was still part of the USSR, Spartz moved to the US 22 years ago. She met her American husband Jason Spartz on a train in Europe and soon agreed to marry him and move to his home state of Indiana.

While helping run her family’s small businesses, she says she became frustrated at the amount of bureaucracy and decided to get involved in state politics. Her early campaigns leaned heavily on her Ukrainian upbringing. “Born in the Soviet Union,” one said, “Victoria Spartz knows the misery of socialism.”

Her fiscally conservative views and passion for political organising helped propel her to the US Congress. But it was not until war broke out in her home country that she found a national and international platform.

In March, she made headlines around the world when she gave an emotional interview to Fox News in which she revealed her 95-year-old grandmother had moved to the basement of her apartment block after the building next door was bombed.

“The people are heroic,” she says now, talking about her grandparents and their neighbours. “They have been bombed and shelled for a long time. There has been no water for two weeks, no electricity. And a lot of the villages around Kyiv burnt to the ground. A lot of atrocities happened in that area.”

Early in the war she surprised some by declaring Putin to be a “crazy man” intent on genocide. Her comments departed from the tone struck by some in her party, including former president Donald Trump, who had earlier called the Russian president a “genius”.

Despite that, like most Republicans, she is loath to criticise the former president, who remains the most powerful member of her party. “We know whether we agree or not on different issues, but I think the former president had very clever foreign policies because he was so unpredictable,” she said.

She has, however, been an effective advocate for tougher action from the administration of Joe Biden on the issue. 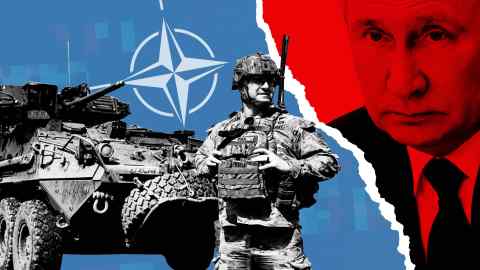 In early March, she called on the administration to stop importing oil and gas from Russia; a week later it did so. By mid-April, she was calling for the US to re-establish a diplomatic presence in Kyiv; it was announced two weeks later by secretary of state Antony Blinken and defence secretary Lloyd Austin.

Colleagues say she was able to use her personal experience to bring the war home to those watching her frequent television appearances.

Steve Daines, the Republican senator from Montana, accompanied her on her first trip to Ukraine after the war started, where the pair saw bodies being loaded into shallow graves in Bucha.

“It helps to have Victoria Spartz out there,” he said. “I am grateful in this moment in history to have a colleague who is able to bring that much more credibility to the argument as to why we need the Ukrainians to beat the Russians.”

For weeks, Kyiv has been calling on the US to provide more weapons and impose tougher sanctions on Russia. But after returning from her latest trip to the country, Spartz thinks there is a more pressing option: figuring out where billions of dollars in international donations are going.

Congress has approved $54bn for Ukraine since the conflict began. But still hundreds of thousands of people in Ukraine are without water, electricity and medical care, according to international aid agencies, who say their supply chains have been hampered by fighting.

“I do believe that having a military attaché on the ground would be very helpful,” she said. “And on the humanitarian side, what is happening with the money? Why is it not there?”

“We have to have a discussion with [the US aid agency] USAID [and] with the secretary of state to see what is happening there now before we give any more,” she added.

Preparing for the Reality of Financial Collapse