HomeSportsWhat channel is Seahawks vs. Chargers on today? Time, TV schedule for...
Sports 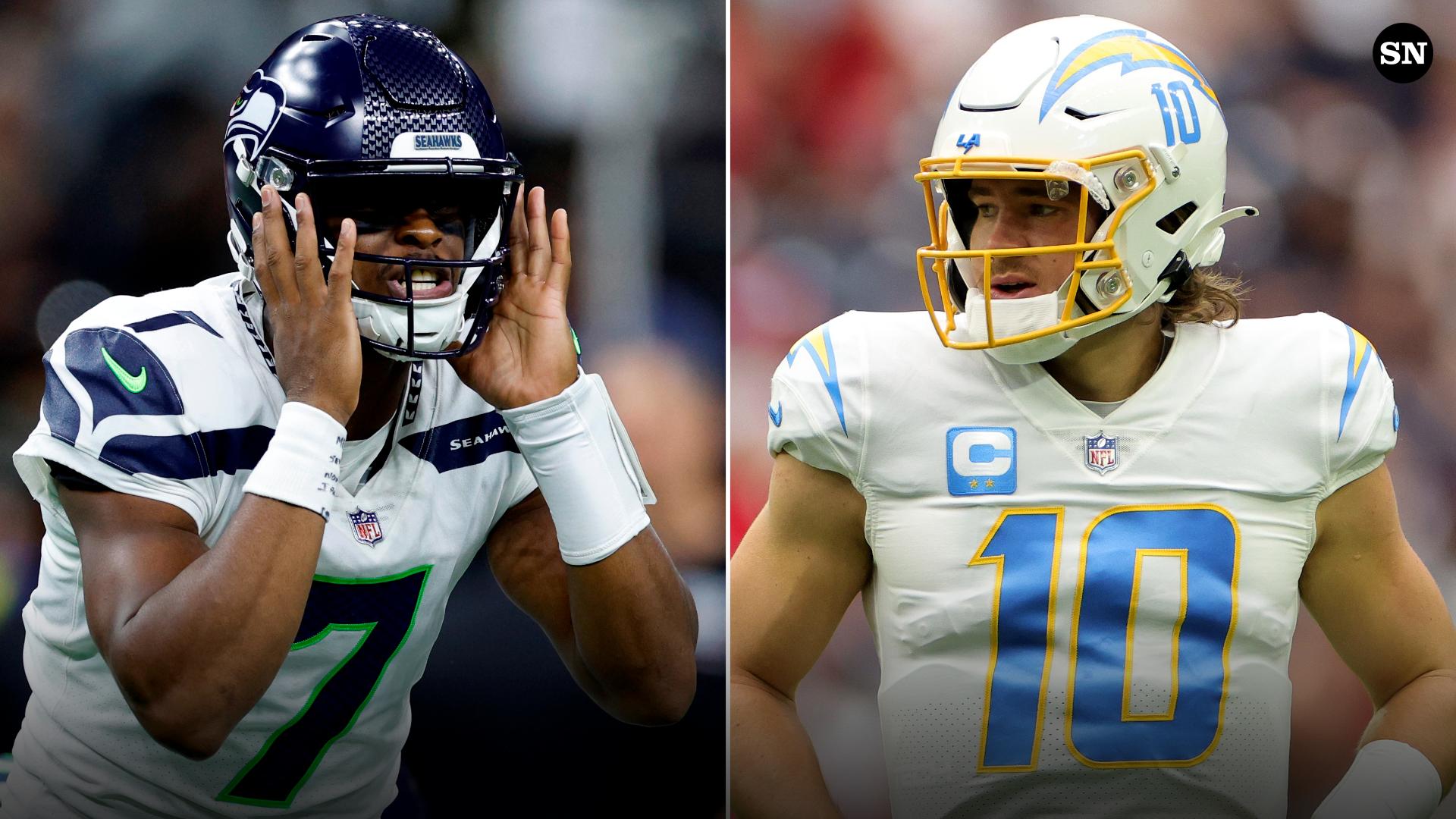 In the NFL, a win is a win — no matter how ugly. That’s something both of these teams should be thankful for after last week.

The Seahawks and Chargers are both coming off sloppy, imperfect victories in Week 6. Yet, somehow, both now find themselves tied for first place in their respective divisions.

The Seahawks outlasted the Cardinals, 19-9, in a defensive battle last time out. Seattle’s defense kept Kyler Murray and Co. out of the end zone for the entire game, with Arizona’s lone touchdown coming on a defensive fumble recovery. It was a solid bounce-back win after losing a close game to the Saints in Week 5.

Geno Smith (20 of 31, 197 YDs, 0 TDs, 0 INTs) didn’t play his best, but the veteran QB continues to give his team chances to win games. On the ground, Kenneth Walker III was impressive in his first NFL start as he replaced the injured Rashaad Penny. He racked up 97 rushing yards and scored the game’s only offensive touchdown in the fourth quarter.

Pete Carroll’s squad keeps on showing it shouldn’t be taken for granted. Despite being widely tipped to finish last in the NFC West this season, the resilient Seahawks now sit tied for the lead in their division at 3-3 with the Rams and 49ers.

The Chargers also won ugly in Week 6, taking down the hapless Broncos, 19-16, on Monday night.

Justin Herbert (37 of 57, 238 YDs, 0 TDs, 1 INT) failed to throw a touchdown pass for just the second time in his NFL career, but kicker Dustin Hopkins battled through injury to convert four field goals, including the game-winner in overtime. The win moves Los Angeles to 4-2 on the season.

It was the second straight win for the Chargers by three points or less after Browns kicker Cade York missed a potential game-winner in Cleveland back in Week 5. But after a rocky start to the season, Brandon Staley’s men have now rattled off three wins in a row to move into a tie for first place in the AFC West with the Chiefs.

Here’s everything you need to know to watch Seahawks vs. Chargers in Week 7, including kickoff time, TV channels, live stream info and the full 2022 schedules for both teams.

What channel is Seahawks vs. Chargers on today?

Seahawks vs. Chargers will be broadcast regionally on local Fox affiliate channels. Kevin Kugler (play-by-play), Mark Sanchez (color commentary) and Laura Okmin (sideline reporting) will be on the call from Southern California.

You can find the Seahawks’ away broadcast on SiriusXM channel 386, while the Chargers’ home broadcast airs on channel 228.

In local markets where the game is being shown on Fox, a live stream will also be available with fuboTV — which offers a free trial. In Canada, viewers can watch with a subscription to DAZN, which includes every NFL game.