What Chris Paul can’t do 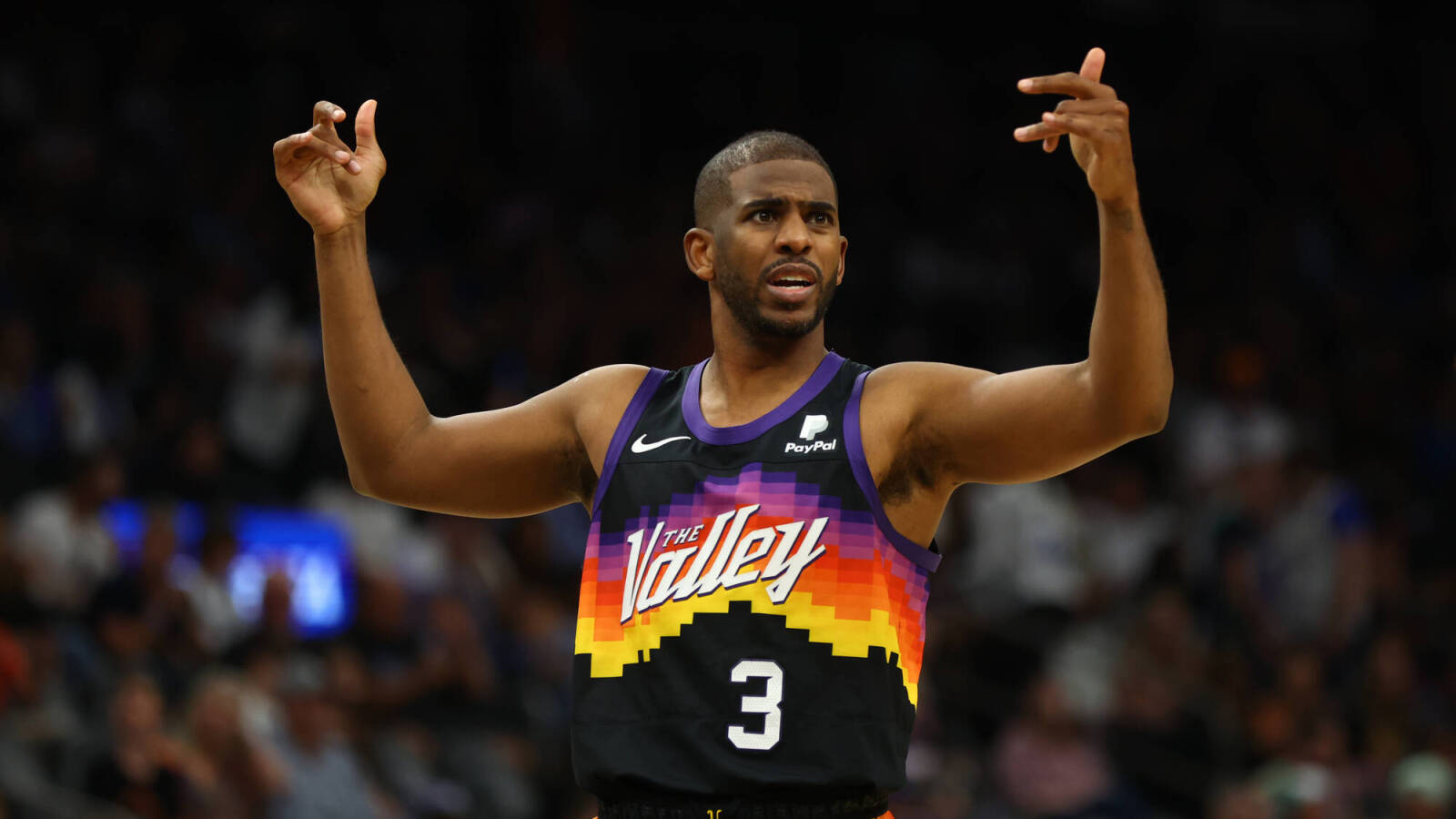 Chris Paul getting hurt, unlucky, or both, is a kind of annual sports tragedy. This is not to suggest the man hasn’t, as they say, “choked” — like anyone who has played 142 playoff games, sometimes the intensity of the springtime basketball spotlight has shown us moments of mental and spiritual paralysis from Paul, with the only thing stopping him from taking the victory in front of him being some ineffable inner torment that prevents his stepping calmly into higher success. This has happened with Chris Paul before, yes, but much less often than people suggest, and for the past several years, the 37-year-old has come up against the limits of his body more often than he has stumbled over more metaphysical hurdles. The plausible, corresponding “what if” scenarios of the body have really piled up; we can reasonably entertain what might have happened with his teams had he been able to stay whole in 2016, 2018, 2019 and 2021.

To fill in the blanks of those imaginary worlds, though, we have to acknowledge a hard truth from the real one: Chris is small. More so than anyone to reach his level of greatness — 12 All-Star appearances, nine All-NBA selections, seven All-Defense placements, and the best assist-to-turnover ratio at volume of all time, for starters — the current Phoenix Suns point guard is just … not big. Generously listed at 6-foot, Paul used to be a terror to defenses around the league nonetheless because of his breathtaking speed and athleticism. Combined with his preternatural basketball intelligence, Paul’s ability to fly into inconvenient places for the defense was on best display when his upstart New Orleans Hornets took the defending champion San Antonio Spurs to seven games in a second-round series in 2008.

Paul required knee surgery two years later, and while he never reclaimed his previously dizzying mobility, he was still able to put a scare into the defending champion Los Angeles Lakers in the first round of the 2011 playoffs, by making the likes of Marco Bellinelli and Carl Landry sing — Paul had evolved into arguably the sport’s greatest conductor; the man behind the control board now known as the Point God. With the Los Angeles Clippers, where he was traded shortly thereafter, that ability was exercised with some generational catch-and-dunk talents and Lob City was born. Over six seasons, these Clippers were equal parts exhilarating, infuriating, joyful, hubristic, intimidating, self-destructive, and most of all they were watchable. Captain Chris was only part of this erratic, romantic complexion, but he was a big one, and then it all fizzled out — as most things from that era did — with a half-hearted Sisyphean gasp as the Kevin Durant version of the Golden State Warriors took over the league.

The apex tragedy of Paul’s career occurred next. With the No. 1 seeded Houston Rockets, he combined with James Harden, P.J. Tucker, Eric Gordon and Trevor Ariza for a lineup built specifically to take down those Warriors, featuring a switch-heavy defensive scheme and surplus physical strength in almost every possible matchup. It almost worked. The Rockets won three of five games, with Paul giving Steph Curry his own signature taunting shimmy in the third of them. This was a clear provocation to the basketball gods, who then smited him. He tweaked his hamstring and did not return to the series, watching from the sidelines as the Rockets bricked the series away without him, Paul’s door to the NBA Finals closing in its most unstomachable way yet. Paul and Houston lost to the Warriors again the next year, in less epic fashion, then he spent a year with the Oklahoma City Thunder, and then he ended up with the Suns.

His first-ever trip to the Finals, last season, showed us his and his team’s relative smallness trampled over by the bully freak Milwaukee Bucks. It was an honorable enough loss, if not one that reminded Paul hopefuls that, no matter how perfect a team and season he can put together, this is a league that usually belongs to nuclear predators who combine buffets of both size and skill to do a bludgeoning kind of dance into the hall of champions. That Goliath strut is one Paul can never perform, but he and his Suns came into the following season — this one — on a vengeful warpath nonetheless, blood in their eyes as they marched methodically to 64 wins and seemingly mastered the art of the 48-minute beatdown.

What happened next — last week — was only rendered more cruel, upsetting, and hilarious (if you’re one of Paul’s many haters) by the excellent regular season that preceded it. In one of the great indignities of the modern NBA — and that might be putting it nicely—the Suns fumbled a 2-0 series lead against the Dallas Mavericks, a fade-out that culminated with a Game 7 loss more embarrassing and puzzling than just about anything we’ve seen in the sport. The Suns scored just 27 first-half points, and by the end of the third quarter, they were down by 42 on their home floor as Luka Doncic laughed at them throughout the versatile big boy spanking. Doncic, a 23-year-old with a level of feel for the floor that puts him in rare company with a young Paul, is blessed with the height and girth that our aching protagonist was deprived of. On top of knowing how to carve up the opponent with his footwork and mind, he can do it with his frame, too: no one on the Suns could stop the young star from moving them backwards with the rolling boulder momentum of his buttocks moving pointedly backward, and he was able to live in the paint luxuriously and rent-free.

Paul, again, can do no such thing, and has never been able to — nor has he had, for more than the past decade, speed and levitation of the elite variety, either. Everything he has done, for so long, is pure strategy and craft, and in that universe he is undefeated. That counts for a lot, but in the actually, crushingly corporeal NBA, the best scheme can push the body into post-earthly realms; the game, at its highest level of competition, will ask you to surrender your flesh and bones to abstractions that are bad for them. That is where Paul has ended up over and over again, and now that he is so deep into his thirties, a breaking body seems to be more permanent reality than unfortunate late-season inevitability.

Reports suggest Paul dealt with a quadriceps injury against Dallas, which would help explain what was by far the worst four-game stretch of his playoff career, in which he averaged just under nine points — especially given that just one round earlier, he achieved historic heights with a 33-point closeout performance where he was literally perfect (14-of-14) from the field. It would also fit the pattern of Paul being compromised by serious postseason ailment much more often than not, in the back portion of his career. But what it looked like against the Mavericks, really, was somebody being worn down — by much younger, much bigger men. Whether you’re one of Paul’s eager critics, or someone with enough of a tolerance for sorrow to keep riding the roller coaster with him more hopefully, there’s no questioning that, even if this sadly mythical loss isn’t a proper send-off, it could act as a fitting, sourly poetic bookend to his career. He has kept not learning the lesson of what he cannot do — a truth he probably still has not accepted after this humiliation, and one that he will try to unprove once again, next year.

Pete Davidson Expected to Leave ‘SNL’ After This Week