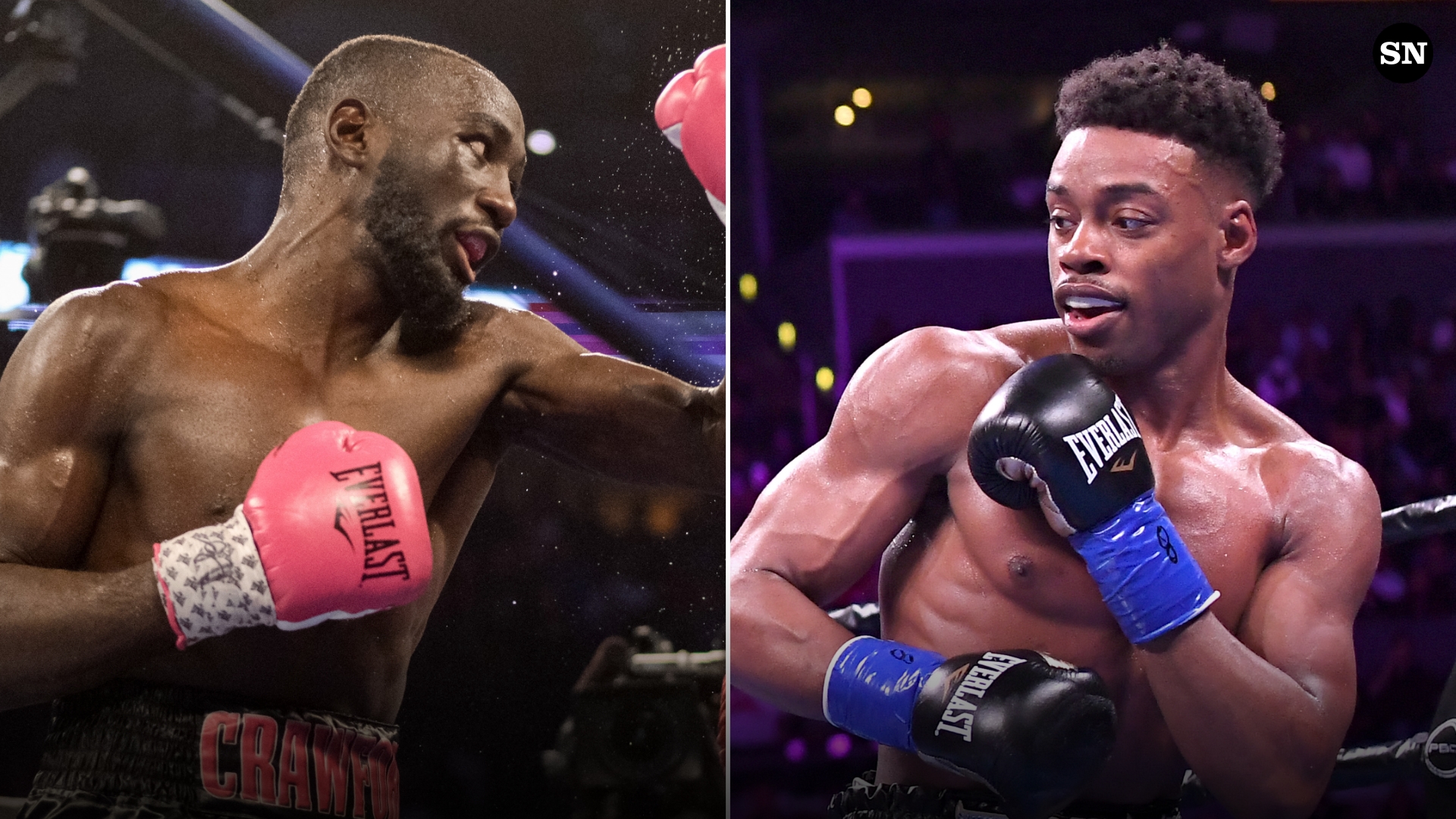 For years, a bout between welterweight champions Errol Spence Jr. and Terence Crawford has been marinating, just waiting to become official. Fight fans have been on the edge of their seats as the last few months provided hope that a bout was secured before the end of the year. It looks like we might have to wait a little bit longer.

Those same fans felt like they got hit with a shot to the gut following ESPN’s report that WBO welterweight champion Terence Crawford will be fighting in 2022, just not against Spence.

Crawford told Mike Coppinger that he will defend his title against David Avanesyan on December 10 inside the CHI Health Center in Nebraska. Streaming service BLK Prime will distribute the bout for $39.95.

“I’m excited about this opportunity,” Crawford told ESPN. “I was really looking forward to the Errol Spence fight. I started communicating with [boxing manager] Al Haymon and PBC back in June. And unfortunately, they represent a fighter in Errol Spence who didn’t want the fight as bad as I did.”

Why aren’t Errol Spence Jr. and Terence Crawford fighting one another?

Not long ago, it felt like we were on the one-yard line when it came to Spence-Crawford becoming official. The target date was late November, and then December.

There was a holdup in negotiations, however. A rematch clause and revenue details needed to be discussed. Max Kellerman would end up telling Coppinger that there were disagreements in contract talks regarding events, expenses, and transparency. The latter was on the side of Crawford, who wanted to approve expenses for a purse that was not guaranteed.

It has been a year since Crawford’s last fight, beating Shawn Porter in November 2021. That was the last fight under his deal with Bob Arum and Top Rank. Crawford would sue Arum and Top Rank, seeking nearly $10 million after alleging “revolting racist bias” that resulted in him failing to secure big money fights. A free agent, Crawford has been working on his own for a Spence fight.

“I agreed to all of their [B.S.] and they’ve been dragging their a– for months. Spence was nowhere to be found while I was trying to make the deal,” Crawford said. “I explained to Al Haymon and Errol that I was going to fight before the end of the year. … David Avanesyan is a very tough task. He’s knocked out his last six opponents and this guy is dangerous. Once I’m successful against Avanesyan, my plan is still the same: Whoop Errol Spence’s a–.”

Crawford would continue his attempts to explain why a fight between the two fell through on Instagram Live. For over 20+ minutes, Crawford went in-depth about how representatives from two unnamed hedge funds offered guaranteed purses of $25 million for himself and Spence.

“Bud” stated that manager and Premier Boxing Champions’ Al Haymon wouldn’t consider working with the investors. Haymon advises Spence. When asked by Spence about the backend, Crawford stated there would be an 80-20 split. He also said he was willing to accept Haymon’s offer of $0 guaranteed.

“[Spence] had to go back and ask Al for permission, you know, if he can, you know, take this big chunk, a lump sum of money, to fight Terence Crawford,” Crawford said, via Boxing Scene. “Which he didn’t call me back, so I proposed it to Al. I hit up Al. I’m like, ‘Al, listen, you know, man, I got this big hedge fund company out there. You know, they claim they know you. Not one, but two. Not one, but two. You know, two companies willing to put $20-plus million in both of our pockets, guaranteed. Al told me straight up, ‘I’m not letting anybody touch this fight.’ Like, ‘All right, cool.’

Crawford wasn’t willing to let Haymon or anyone else get in the way of his career. That is why he took the Avanesyan fight.

Spence, the IBF, WBC, and WBA welterweight champion, last fought in April 2022, beating Yordenis Ugas via TKO. That was his first fight since 2020, as he was recovering from a detached retina that forced a bout with Manny Pacquiao to get nixed.

“The Truth” attempted to clear the flames, or add onto it depending on who you are, by responding to Crawford. Spence stated Crawford was offered the financial transparency that he wanted by his team. He asked Crawford to share the contract that was offered and asked where the money from the hedge funds were coming from.

He claims that his concerns over having transparency on the revenues and expenses for the fight was the big issue that killed the negotiations. ? my side agreed to show him everything

Since Crawford’s Instagram Live story, there has been a back and forth on Twitter between the two champions. It is the most action fans may see in 2022 between the two.

It’s ok like I said I been ready since I came in this division and all I’ve heard was excuses after excuses get a belt, you taken the easy road, I’m on the wrong side of the street, why I want this in the contract and now fight next year what’s next??‍♂️

As far as what is next for Spence, Boxing Scene’s Keith Idec is reporting that Spence will also be fighting someone else. Coppinger went on to report that, per promoter Richard Schaefer, Spence is in discussions to potentially face Eimantas Stanionis. Stanionis last fought in April, beating Radzhab Butaev via split decision. Spence could also face Keith Thurman, the former WBA welterweight champion. Thurman last fought in February following an almost two-year absence.

Spence also teased moving up in weight in an interview with the Dallas Morning News. If true, that would mean the sands of time in the hourglass have been running faster to the end than expected.

“(Crawford’s) been stalling for months, I could’ve fought in November,” Spence would tweet before Crawford’s fight became official. “Been fighting at this weight for over a decade, this s— ain’t easy or fun.”

Negotiations for a fight against Crawford have froze for now. Crawford did say he has interest in fighting Spence in 2023, if both fighters win their respective bouts.

Will fight fans actually see Spence vs. Crawford at some point in 2023? The Sporting News will provide more updates on Spence-Crawford when they are available.